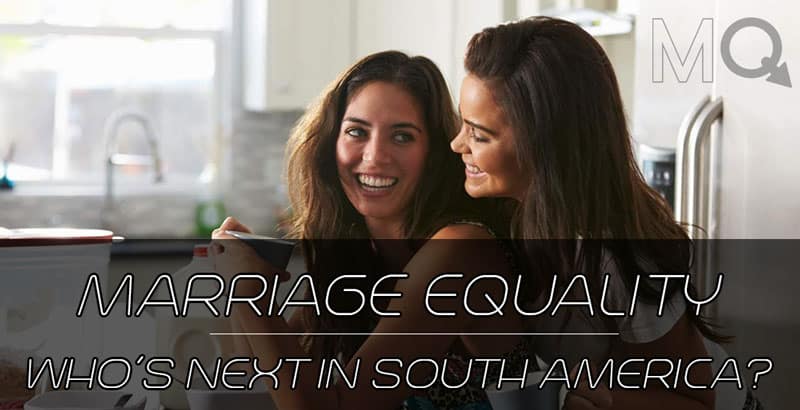 In a stunning turn of events, Ecuador’s Supreme Court has ruled in favor of same-sex marriage, in a historic victory for the nation and the region as a whole.

In the landmark decision, Quito’s constitutional court decided in favor of marriage equality in a vote of 5 to 4 in favor. This symbolize a radical change in the traditionally Catholic majority country.

June 19th’s ruling comes after a case against the current law which excludes sam-sex couples. The case argues that the current marriage law was discriminatory to LGBTQ couples and therefore unconstitutional.

The decision requires the Ecuadorian National Assembly to change the current laws to include same-sex couples. Although, same-sex marriage are set to begin within 10 days after Wednesday’s Ruling.

Last year, the the Inter-American Court of Human Rights (IACHR), a multi-national court affecting much of Central and South America decided in favor of same-sex marriage in the American Convention on Human Rights.

In South America, this includes countries such as Bolivia, Chile, Ecuador, Paraguay, Peru and Suriname.

The ruling also extends to many countries in Central America and the Caribbean. These includes, Barbados, the Dominican Republic, El Salvador, Guatemala, Haiti, Honduras, Nicaragua, and Panama.

Ecuador marks the first of these countries in South America to comply with the IACHR ruling. Many of the other effected countries are soon to follow.

Who is Next in Line?

Chile is likely next in line, as the country already grants some rights to same-sex couples in the form of civil unions, and support for marriage equality hovering at about 65% as of 2018.

Even in countries like these where support is low there is still hope. Consider that Ecuador had a meager 33% of its citizens in support of marriage equality only 2 years ago.

As public opinion slowly shifts and the courts of these affected countries slowly come in line with other countries in the area. South America could soon see near full marriage equality throughout.

Where do you think will be the next to legalize same sex marriage? Let us know in the comments below!

I'm Mr. Q. I started MaleQ with the goal of answering all the questions I had about gay sex, dating and relationships when I was just starting out. If you have a question, suggestion, or are just looking to chat, feel free to message me at: [email protected], check out our YouTube page or Facebook.
Tags: Marriage Equality, Same-Sex Marriage