A Guide to Long-Distance Relationships and What to Expect 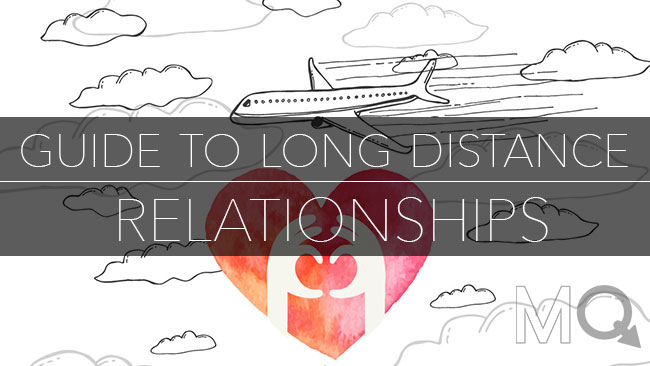 When we first got together, my partner and I always knew that we would someday work outside of Hong Kong.  We didn’t know when, where or how, but we knew it would happen sooner or later. When dreaming about the exotic new places we would one day end up loving (or hating, something that didn’t occur to us then), we didn’t actually think about the specifics and even managed to skip one very important issue that most people think of first: distance.

I of course first went through the rounds of advice seeking before I made my decision.  Almost everyone thought that it was a bad idea, as with many of my previous decisions, for this reason or that.  The curious thing though was that the first line almost everyone immediately spat out was:

“What about your partner?”

People whom I had only met a handful of times were suddenly very much concerned about her well-being.  Their worry about how she would be if I left clearly outweighed their thoughts about me.

It was almost as if the fuss over work permits, speaking a different language, or finding a place to stay and setting up a new team was nothing compared to what would become of my partner without me.

For the record I have to say that my partner is a strong, independent woman who leads a full-fledged Hong Kong-never-sleeps life with or without me.

It’s not that I didn’t think about my partner – I’d be barking mad if I thought I could fly away without talking it through with her.  When I said almost everyone in all of the above, she was the only exception.

She didn’t say it was a bad idea (though I know she secretly didn’t like it), she didn’t challenge me with any practical questions and she didn’t even ask “What about me?”  When I told her about the job offer, she just said, “OK”.  I pretended to ask for her permission, but knowing me, she knew I had already made up my mind even before I knew I had made it up on my own.

And so that was that – the decision was made and off I went.  I thought it would be okay, backing up myself on the grounds that we were in a long-distance relationship during our first year of being together.

At the time she was finishing her undergrad in Melbourne while I was doing mine in Hong Kong.  To top it off, we lived on IDD phone calls and emails.  (Seriously, I am not joking.  I know how it sounds, but Whatsapp, Line and Skype are fairly recent inventions at the time.)  So if we lived through our first year apart, even with communication technology (not social media, mind you) still in its stone-age years, I thought it would be much easier the second time around.

The first few months in Taipei for me were chaotic.  I like traveling but relocating is a whole different story, I can’t remember how we managed when my partner and I went to Germany for a year.  (Maybe it was easier because she was there with me and I am always a stronger person when I am with her.)  But this time, managing visas and phone contracts and bank accounts alone was not easy, and not to mention setting up projects at my new job.

And so, the first couple of months flew by without me missing her too much.

But I know it was a different story for her.  She was going through a rough patch at work and my being away was not helping.  I felt bad for not being there for her but I could only do so much feeling her pain from a distance.  I was a bad partner, I hadn’t thought it through and now we were stuck in a long-distance relationship.  There were times when I was so fed up about it all that I wanted to give up, not give up as in break up but as in taking a break from it all.  I need some breathing space when she needed me most.

I Learned to Adjust myself.

“Have you ever had problems with your long-distance relationship?”  I literally typed that into Google.  And, wah-la!, Google has it all.  There were lots of tips on fixing and managing relationships in two lands.  I tried some of them, including setting a date to meet, which I found very useful.

“Having an occasion to look forward to made it more manageable, like how having a destination to reach is better than wandering aimlessly in a train station.”

Picking up interests was also something that worked, I’ve always wanted to brush up on my Deutsch and anyone who has given a go at it can tell you how much time you have to put into it.

That was all great but…

What About My Girlfriend?

All of these changes were just fixing me, but then there is also her.  Being the one who initiated the whole long-distance thing, I knew I had to be more proactive in keeping our relationship healthy, not that I felt like I had to make it up to her, but because of how supportive my partner had been throughout my decision.  I wrote post-cards, letters and sent messages when I could, trying to keep a presence however I could.  But, to be frank,

It’s just not the same as picking her up after work and rubbing her back after a long day.

Dating long distance is kind of like having a puppy – there is the good and the bad.  Sometimes the day goes well for both of us and we laugh our heads off over the phone.  Other times the silence is just daunting when both of us feel terrible on our ends of the world.

Having been living away from my partner for almost two years now, I have to be honest with any of you who are considering a long-distance relationship.

It will strain you to a point where you think it’s not worth it and there will be times you feel helpless not being there for your partner.  But then again, I’d do it all over again.

Not that I’m saying long-distance is a wonderful thing, but it’s not as terrible and impossible as you think.

Though I have to say a certain maturity and faith is needed when navigating those early bits of being apart, it’s adds dimension to the two (or more) of you.  When I see people who have been together for all their lives, I appreciate the masterpiece they’ve molded together, but I also wonder how they would be if they had some more personal time throughout their lifelong partnership.

I don’t have user-friendly fix-it-all advice but I can say that “If Yan can cook, so can you” (a line from a childhood cook show that will give you an idea of my age…).

I learned that thinking from her perspective rather than “me, me, me!” definitely is key.

Just a quick thought about what she’s going through makes our conversations easier.  And thinking about the great moments you’ve had together is something I do when I feel like it’s going nowhere.

There are the good days and the nasty ones when you live a time zone or two away, but it’s been working out for my partner and I (more or less, fingers-crossed and wish me luck (Just kidding!)) so I think it’ll be alright for you, too.