Honesty Will Change You 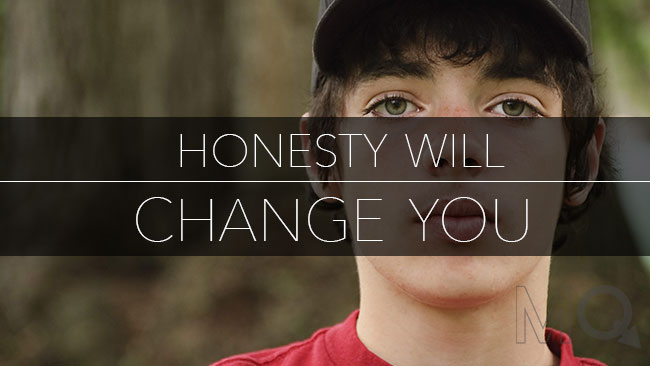 Coming out is a surreal process. It’s more than just telling other people you are gay, bi or anything else.  You have to admit it to yourself first and from there, start telling others and let that part of yourself become you, not just in your head, but in your life.

Why is it such a frightening idea for people? I think this over now, having been out and comfortable with many people for at least four years (I came out when I was 19). It seems like a distant memory, worrying about something that now is so integral to my identity that I can’t imagine not having it. I think this is precisely why it is so frightening: the fear of becoming someone new.

It’s common to think: “I’ve been pretending to be straight for years- how can I just change now? What will people say? What will they think? How will they treat me?”

Since I was a child, I was aware I was gay. I knew that I really liked Batman, but I think I might have also liked Bruce Wayne a little too much. . . . When my peers were going through their hormonal changes, talking about girls and their developing assets, I had no interest. In middle school and through high school, “fag” was peppered into locker room conversation ad infinitum. That made a strange thing happened: I was “straight” for most of the day, and gay only when I was by myself. It was a strange contradiction, and yet I lived that way for years.

Did I want to spend my life, mumbling agreements about Megan Fox?

When I got to college I began to meet people who were gay, out and living awesome lives. My friends seemed to have no problem with it. I was reading literature written by Allen Ginsberg, listening to the ambiguously pansexual rock of Lou Reed, and watching the bisexual love triangle unfold in The Rules of Attraction. Suddenly, my worldview shifted. Was it really inconceivable to be an out, openly queer person who could put on The Velvet Underground at parties? What would be wrong with that? Did I want to spend my life, mumbling agreements about Megan Fox? Was I really going to spend my life not open, and unable to ever find a person to fall in love with?

So when I started dating my first boyfriend, I started telling people. I realize I am fortunate, and have good people in my life because they were accepting. I no longer had to pretend that Megan Fox was of any interest to me, and instead, could talk about Joseph Gordon-Levitt. That, in itself, was a worthwhile trade.

Amongst friends, the revelation was not quite a shock. They were intrigued. Answering their questions was not the nightmare I thought it would be. It was freeing. In fact, they were more interested in who I was dating!

I can’t promise anything, except that honesty will change you.

But maybe your situation is different. Maybe you know people will accept you, or maybe you don’t. Maybe you know some people who definitely won’t. I can’t promise anything, except that honesty will change you. Honesty will make you a little bit braver, a little bit kinder and a little bit more compassionate. Being “open” will make you open. Open to being loved, and open to being hated. But there is nothing wrong with being honest. There is nothing wrong with being you. Nobody can make this decision for you, or tell you how or when to do it. But if you do it, if you can manifest the strength to be open, something inside you will change for the better.  I think you deserve that.

It will not be easy, but the most important things in life are always difficult. This more than anything I have found to be true.