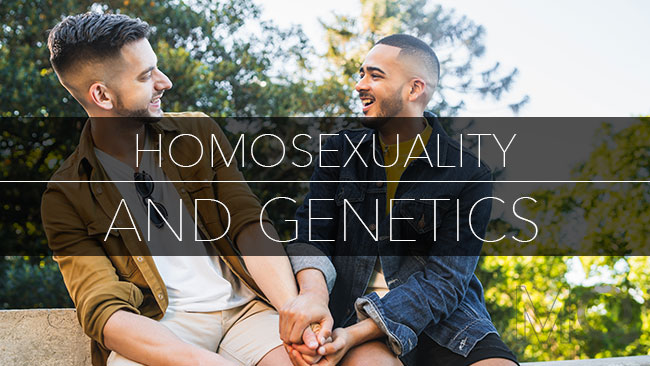 A new study on gay brothers has been released which looks into the effects genetics may play in determining sexuality.  This is a first step toward answering the nature vs. nurture debate which, has had little evidence to back up either side until recently.

This particular study was headed by Alan Sanders, a behavioral geneticist at the Northshore University Health System.

As reported form NewScientist, Sanders performed genetic analysis on pairs of gay brothers from a wide variety of backgrounds, location, and physical characteristics.  The goal of this study was to isolate similar genes between these otherwise genetically diverse participants with little to no genetic similarities otherwise.

Studies looking to find genetic trigger have been performed in the past, but with much smaller sample sizes.  This particular study stands out because of the large, five-year analysis of over 800 individuals.

The results did, in fact, find a correlation between these gay men, where similarities were found specifically in Xq28 and 8q12 parts of the genome.  It is important to note though that this does not mean that they have found a “gay gene” – these portions of DNA are wide strings of information and more research would need to be done to pinpoint specific genes if there is such thing.

This does though verifies what earlier research studies have suggested – that there are similar genetic characteristics between gay men pointing to the explanation that sexuality is in some part affected by genetics.

Whether or not this is a good thing is up for debate.  Finding a “gay gene” could have negative implications such as genetic profiling or “gay cures”.

But, according to NewScientist, researchers like Dr. Sanders and others believe that genetics only play a part of the greater picture.

“… Sanders stresses that complex traits such as sexual orientation depend on multiple factors, both environmental and genetic. Even if he has hit on individual genes, they will likely only have at most a small effect on their own, as has also been seen in studies of the genetic basis for intelligence, for example.”

This would make sense where many genetic traits can be influenced by a combination of the two – such as height and weight, intelligence, and personality.  But we will have to wait and see if this also plays true for homosexuality.

What do you think?  Is sexuality genetic, a choice, or a combination of the two?  Should we be looking for a gay gene or not?  Leave your thoughts below.

Being Gay in Japan as an International Student (2022 Update)

I Am a Man and I Wear Makeup