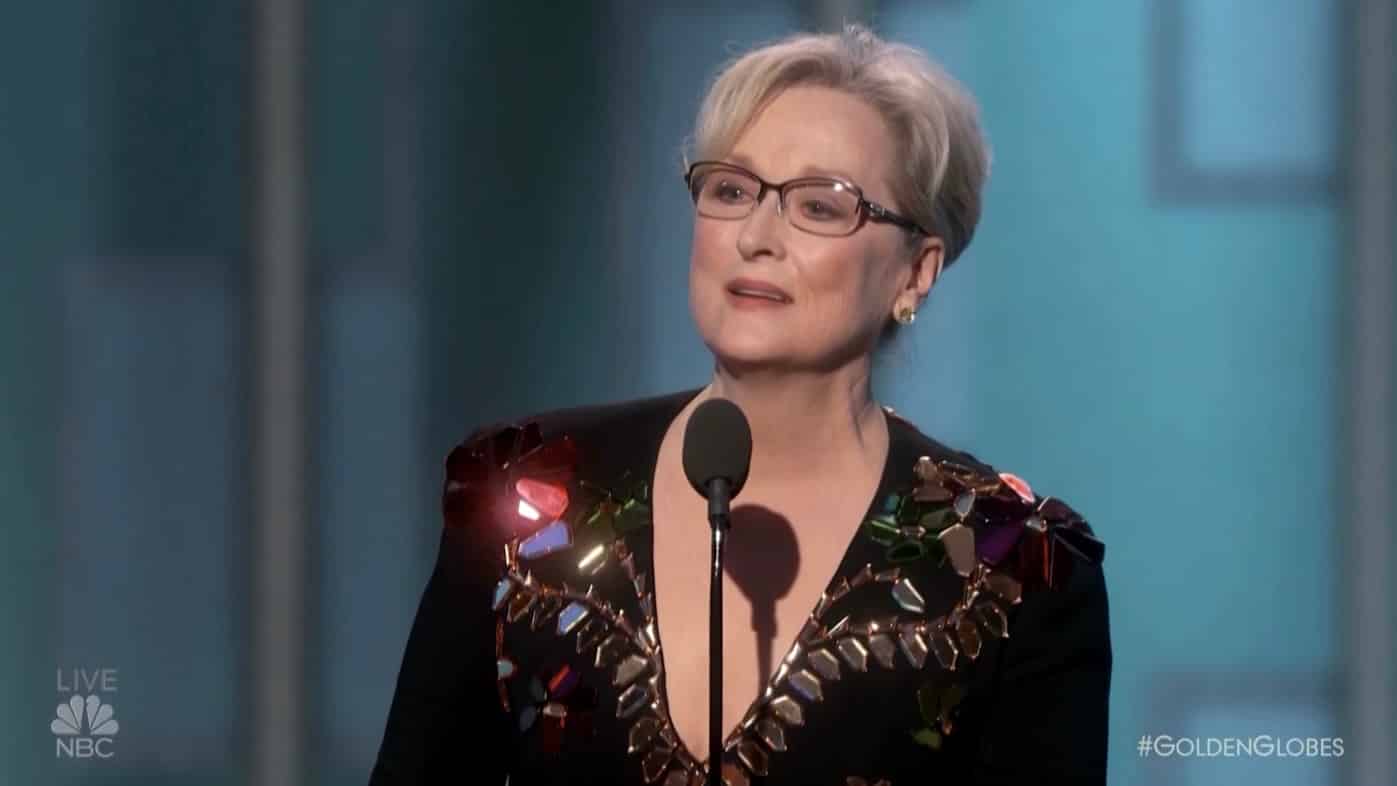 It’s 2017 and the New Year has sure started off with a BANG! The Golden Globe Awards hosted on January 8, is one of the most celebrated entertainment industry award ceremonies, which honors America’s best in film, TV, and entertainment.

Meryl Streep, arguably one of the best actresses of our generation, was the recipient of the Cecil B. Demille Award, which implicated her lifetime achievement within the entertainment industry.

But what I want to focus on here was her powerful acceptance speech which brought tears to my eyes. Instead of talking about her career and use her limited time to show the endless gratitude of how honored she felt, she used her time to address the current issues in the States of America, and really, the entire world.

“So Hollywood is crawling with outsiders and foreigners, and if we kick ‘em all out, you’ll have nothing to watch but football and mixed martial arts.” Hollywood is known as a place of the liberal and outspoken, and Meryl Streep was up to the next level.  Her address was honest and fearless, taking aim at the very real problems immigrants face under the newly elected president Donald Trump.

To further continue her speech, she mentioned the famous incident when Donald Trump mocked a disabled reporter from New York Times. “There was one performance this year that stunned me. It sank its hooks in my heart. Not because it was good. There was nothing good about it. But it was effective, and it did its job. It made its intended audience laugh and show their teeth.”

“It was that moment when the person asking to sit in the most respected seat in our country imitated a disabled reporter. Someone he outranked in privilege, power, and the capacity to fight back. It kind of broke my heart when I saw it. I still can’t get it out of my head because it wasn’t in a movie. It was real life.”

Without mentioning the name directly, Meryl Streep chose her words carefully to explain the remarks from Donald Trump during his campaign when he mocked the reporter, Serge F. Kovaleski.

She was graceful and on point with her message that respect and nonviolence are the most important key to making the world better.

To fellow actors and performers or anyone who’s passionate about the entertainment industry and journalism, her speech was a textbook quote for all of us. “Tommy Lee Jones said to me: ‘Isn’t it such a privilege, Meryl, just to be an actor?’ Yeah, it is. And we have to remind each other of the privilege and the responsibility of the act of empathy.”

Of course, the president of the United States of America, Donald Trump didn’t take the speech lightly as he quickly shot back on Twitter and writing: “Meryl Streep, one of the most overrated actresses in Hollywood.” And further denied that he ever mocked a disabled journalist.

However, just like the end of Meryl Streep’s speech, “The dear departed Princess Leia, said to me once: “Take your broken heart, make it into art.” That we should all learn to devote our privileges into good use as well as learn to be kind and respectful to one another.

What are your opinions? Let us know in the comments below!