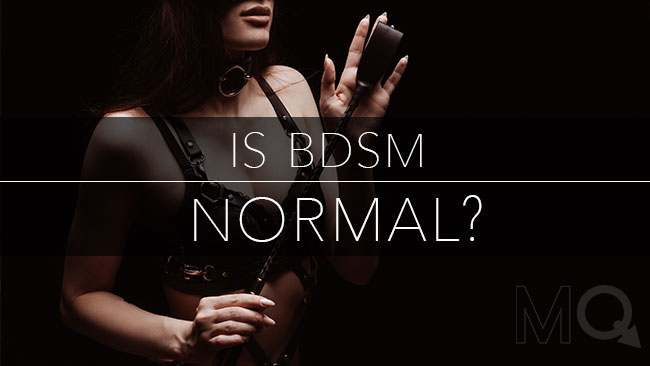 I think it depends on how we define “normal”.  Do we have to reach a specific percentage of population to start to be considered “normal?”

What if someone argues that this kind of desire is psychologically unhealthy? Well, us Kinksters may actually be psychologically healthier than average people or at the very least, not harmful according to some researchers.

You can also use Safewords to communicate with your partner about when to stop or when to “slow down.”

Also, whenever you are going to try a new method to play with your partner, remember to first consult someone with relevant experiences and do some research about  safety when you are practicingnew approach.(ex. If you are a beginner, you should not practise rope bondage without scissors or something that can cut the rope immediately if your partner feels uncomfortable).

It toatally depends on who you ask, if you ask someone who isn’t interested in it or who is interstied, doesn’t trigger his or her sexual arousal, then the answer would be:

If you want a more a general answer, there is a survey I found from Kinsey Institute Website :

55% of females and 50% of males reported having responded erotically to being bitten. (Sexual Behavior in the Human Female, 1953)

And again, given that this survey is based on self-report conducted over 50 years ago which the social context might be more conservative than today, the data might be underestimated.

So there you have it. You may have undergone the agonizing process of struggling with whether or not you are gay, but you don’t have to struggle again to discovere that you are a BDSMer, it is just as normal, and interesting as your gayness!

Prev post The Brexit Vote Matters to LGBTQ People Too
Next post The Gayest Olympics Yet? - LGBTQ Olympians in The 2016 Summer Olympics