Why I Chose an Open Relationship – My 3 Takeaways 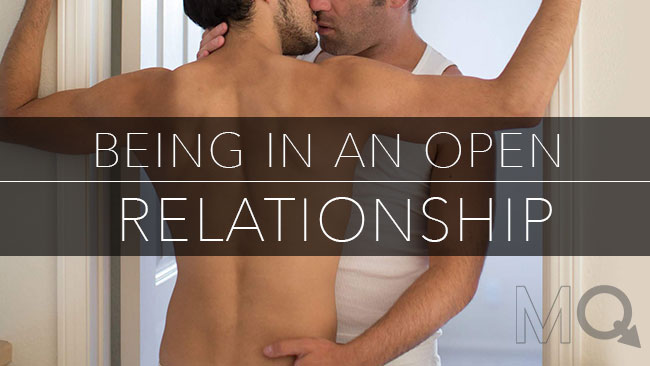 Every day I strive to live my life with one thing in mind – long-term happiness.  Ever since I was in middle school, there was nothing that I wanted more than a stable boyfriend.  The idea of love and companionship was a concept that I still fantasize about to this day, but I am in a different state of mind than I was 10 years ago.

Why Choose an Open Relationship

Until Death Do Us Part

Nowadays, spending your life with someone is a lot different than it was 50 years ago.  Yes, I plan to get married later in life than my parents did, but coming to terms with the fact that our generation will likely live to be 80, 90 or even 100 years old means that I will be dedicating myself to another person for more than 50 years.

Right now, my plans are to get married somewhere around 30, give or take a few years.  When looking back on my life, my childhood, and my experiences up until that point, it is absolutely daunting to imagine doing everything I have done alone for 30 years, but two times over with one other person.  To many, this may seem like just a number on a page, but when I started to really come to terms with what this meant, it made me think about how I wanted to live the majority of my life.

This became ever more evident after living with my ex for almost two years.  I still love and care for him very much, but monogamy on a sexual level as I started to realize toward the end of our relationship would be something I would struggle for the rest of my life. It is by judging myself, and my personality that brought figure out how I would solve this dilemma.

Some might argue that sexual monogamy is always difficult, no matter the situation.  I agree that commitment helps to build trust, and we are taught that making it through the most difficult times is what makes a long term relationship worthwhile.

There is some truth to this, but after living abroad I have started to realize that sexual monogamy is a very western, religious based mindset that I never fully grasped until stepping into another culture and continent.  Marriage is a very fluid word throughout the world, that is constantly changing.

Sexual monogamy even back home in the States seems to be something of a social facade.   It is our own cultural ignorance that blinds us from realizing that sexual infidelity over the long term is common, but often goes unspoken of as a sign of shame or failure.

Hollywood and the media paint this picture of the lifelong happy couple, but more and more I realized this is not the truth for many, especially in my own sphere of family and close friends where I thought long term stability existed universally.

I slowly began to realize how common cheating was in the lives of the people I knew, and those around me thought people did not confront the issue or find a solution to a common problem that can ruin years of love and commitment.

I am not saying that living a life of fidelity is impossible, no, but that it is a rarity and something that is not easily achieved simply because lifelong sexual monogamy is a cultural standard set in place by our previous generations, religion, and society.

Realizing I Had a Choice

This left me with two options.  The first, to accept what was going on in the world around me by stop ignoring the truth that humans everywhere struggle with sex and find a solution that works best for me.  Or the second, to choose not to confront the possibility that somewhere in my 50 years committed relationship with my partner that I would have to encounter cheating with no clear bounds of how to handle the situation.

What I came to realized is that I had a choice on how to live MY life. I could make society happy and follow their standards, or that I could do what’s best for me and determine my own happiness.  It was this moment, that I accepted the fact that I have a freedom to choose how to live my life the way that I wanted that was the biggest game changer.

I am not advocating that an open relationship is right for everyone, but that in my spectrum of happiness and philosophical mindset which my boyfriend and I both shared before we met, works well for our situation.

Always remember that you have a choice and that you control your own life.  The next step  in deciding the type of relationship I wanted was to truly understand one simple concept:

This is a very difficult term to explain and I myself have tried to find a way to wrap my mind around it.  Hellen Fisher does a wonderful job outlining this topic exactly in here TED talk, “Why we Love – Why we Cheat”. By listening to her speak I have learned how love and cheating would apply to my life in the future.  It has helped really shape my viewpoints on my long term relationships and is a way of thinking that I apply to my love life today.

From Dr. Fisher’s studies as an anthropologist researching human relationships, her answer is quite simple – cheating is different for every person and every couple.  For some, having sex would not be considered cheating and for others, even thinking of another person would be.

Every extreme on this spectrum exists, but the true answer lies in a simple rule of when there is a breach of trust.  This being a pre-determined set of conditions set in the relationship.  If these boundaries or trust are crossed, this is what sparks anger, pain, and heartbreak stemming nicely into my next point of reasoning which is –

At first glance love and sex seem to be almost the same.  When I really started to think about the two, though, I realized that they are really two separate entities entirely.  Many could agree that we can love one another, without sex.

We do this with our family and closest friends.  It is the lack of sex that separates this type of love into a separate spectrum and the presence of sex which determines a committed sexual relationship.

During sex, we feel an intense feeling of lust, but what separates a sex partner and a long term partner is the combination of the two – love and sex.  These two combined is what constitutes a boyfriend or spouse.

This made me think about myself and my own boundaries of trust, especially about what my mind judges as the difference between a sexual partner and a boyfriend.  For me, loving another is not cheating.

I myself do that all the time, and to constitute that as infidelity I think would be unfair.  I still love many people outside of my relationship with my current boyfriend, but I am not actively committed to them or sexually active with them.

On the other hand, having sex with another is not crossing a line for me.  I myself know that I am able to have sex without love, as I have lived a fairly liberal sex life that has brought me to the conclusion that sex does not equate love – at least under my umbrella.  Therefore, neither of these independently constitute a cheating for me.

This is not something that I decided on overnight, but an idea that I have pondered about for a few years.   The combination of sex and love, a physical and emotional commitment is what I strive for in my relationships, that if occupied by another person, would cross my line of trust.

I realize that there are some flaws to this way of thought because this is a very fluid way to judge another as “love”, but that is why my current boyfriend and I are always having an open dialogue.

I am now four months into my first open relationship is so far, things are going better than any relationship I have ever had previously.  In fact, keeping an open discussion and setting a defined boundary of trust has removed much of the anxiety and negativity that I have had in the past.  I no longer worry about what my boyfriend is doing in my free time, and our sex life and conversations have stayed fresh and interesting up until this point.

I also I fantasize less about other guys, and I am much less tempted to do anything with them simply because of the fact that I know I can.  Sex with someone else is no longer a taboo, and at the same time, I know that if I ever have a situation where I would like to be physical with someone else, I am able to do so.

It’s hard to explain my feelings on paper, but the openness and fluidity that I am allowed in my relationship makes me care for my boyfriend in a much stronger way.  For the first time ever I can actually see my current relationship as something I could do in the long term.

I am not saying we are going to get married to him – that is still a long ways off.  But the amount of openness, honesty, and care for each other’s desires and happiness without judgment has brought me to a level of trust and emotional intimacy that I have never had before.

Prev post Will Hydrogels Put an End to Latex Condoms?
Next post The Most Human Argument for Marriage Equality: Australia Fights for Same-sex Marriage